Two towers at the cutting-edge of modern Architecture emerge from the center of Murcia, with spaces that have infinite views of 360⁰ to the city. The tower ONE comprises luxury homes and faces east. Its main body is stepped, getting as much direct sunlight as possible, with private balconies and infinity swimming-pools. The tower TWO, in the southwest, is composed of a sun - protective and double skin which defines a six star hotel, a luxurious spa and a gymnasium in the penthouse. At the top of both towers, on the roof, a platform has been created to act as a bridge between the two towers. This platform holds open spaces, a restaurant and a super infinity swimming-pool overlooking the mountains and the city of Murcia. At the bottom of both towers, but placed ten meters above the floor, lays a private and quiet garden with lush vegetation and accessible from the houses and the hotel. In this area there is also a swimming pool, a promenade and an area for exercising. Under this zone, two stories of commercial premises and offices are found, which are linked to the city through two pedestrian streets at the ground level. Finally, two stories underground are planned for parking and installations. All the floors and areas are communicated with modern lifts at the forefront of technology. 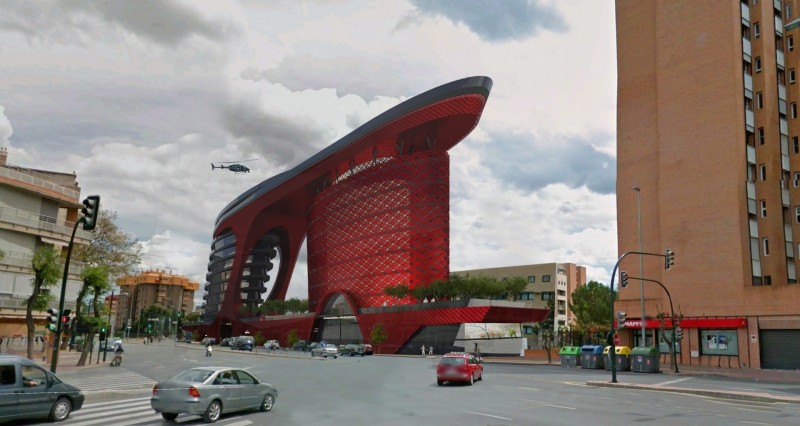 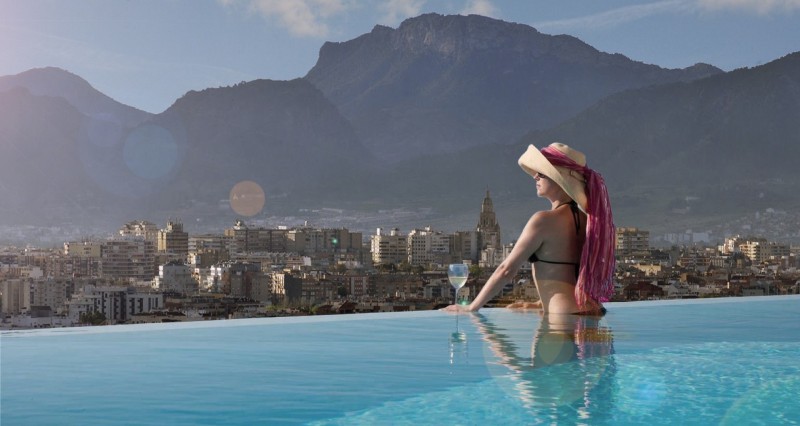 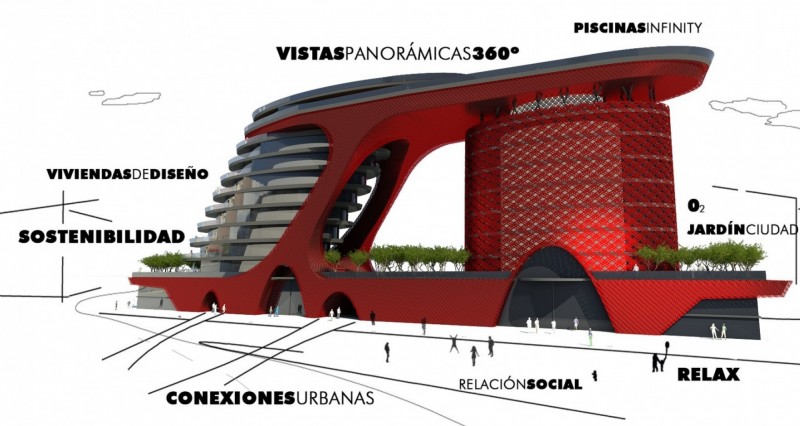 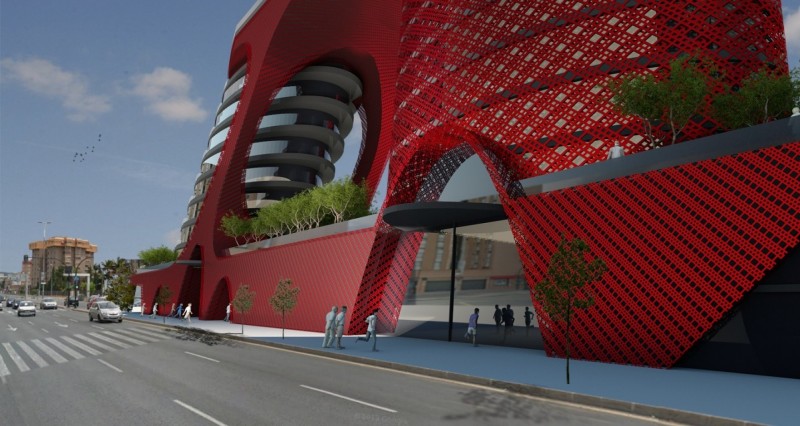